On Saturday, August 29, 2009, Senator Edward Kennedy’s funeral procession traveled slowly through downtown Washington on its way to Arlington National Cemetery. I had the opportunity to capture these images as it passed along Constitution Avenue near 14th Street. A sizeable crowd of people wanting to pay their respects had gathered in this area which is near the Washington Monument. A thunderstorm was threatening and the hour was growing late, but the crowd wanted patiently. They waved and politely clapped as the motorcade passed.

Kennedy family members show regard and gratitude for the public. 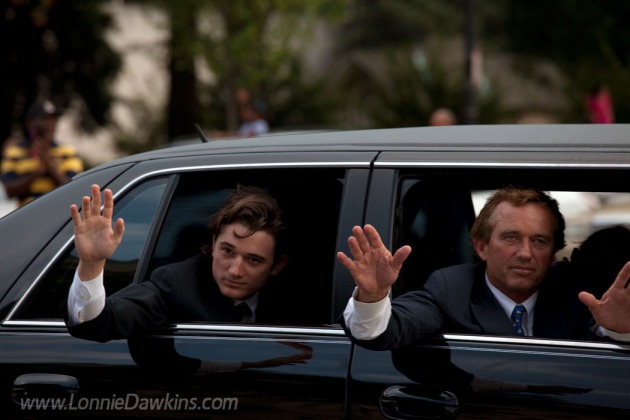 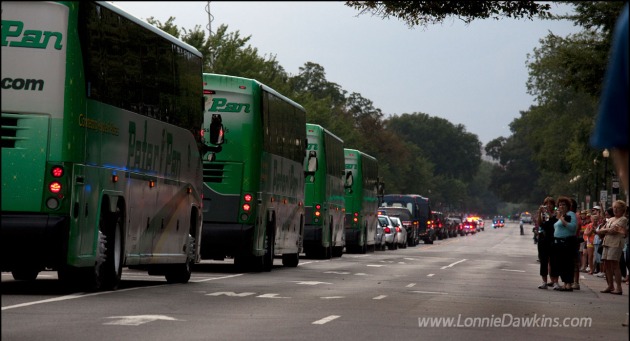